HSRP (Hot Standby Router Protocol) is a redundancy protocol for setting up a fault-tolerant default gateway in a LAN environment. This is a Cisco proprietary protocol. The standard protocol is VRRP (Virtual Router Redundancy Protocol)

The primary router with the highest configured priority operates as a virtual router with a virtual gateway IP address. It responds to the ARP request from PC or servers connected to the LAN with the MAC address 0000.0c07.acXX where XX is the HSRP group ID (converted to an hexadecimal value). If the primary router should fail, the Cisco router with the next-highest priority available in the LAN segment would take over the gateway IP address and answer ARP requests with the same mac address, thus achieving transparent default gateway fail-over.

HSRP v1 & v2 share a lot of similarities, like the core functions of HSRP, but HSRP v2 brings some protocol improvements you need to be aware as a network engeneer :

The following IOS commands are available :

Two network are configured for this tutorial :

Two HSRP groups are configured on the ISR routers :

Preemption is configured on Router0 using the standby X preempt commands. This router will always assume HSRP active state when it's online and if it has the highest HSRP priority in the network. The same configuration without the standby x priority 120 configuration on Router0 does not work and Router1 assumes the active state because it has a higher IP address configured. 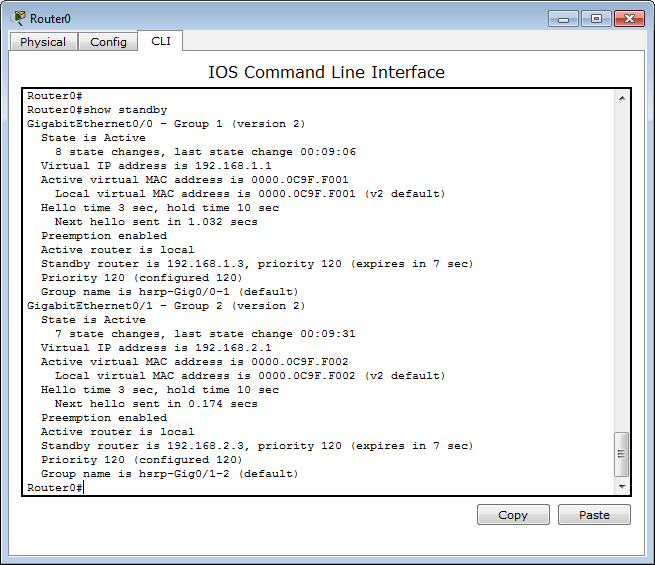 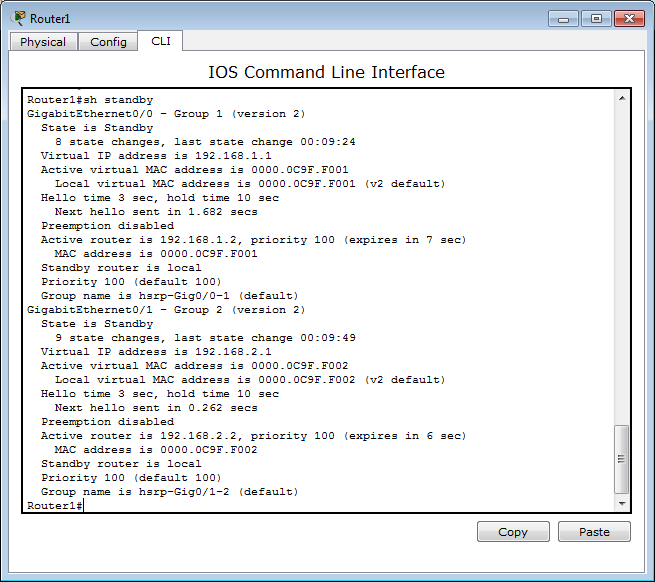 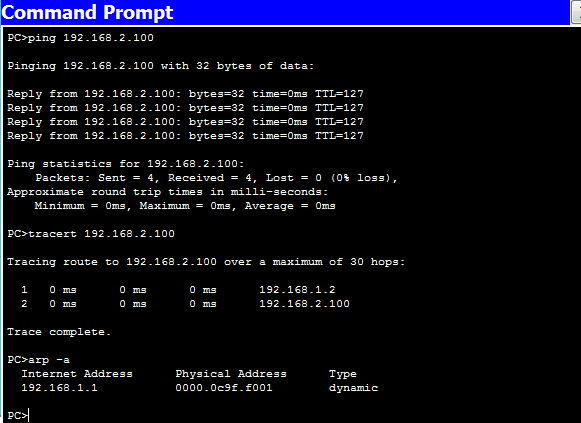 Ping, traceroute and arp commands issued on Laptop0 confirms that the configuration is working. The IP packets are transiting through Router0 (192.168.1.2)

HSRP can be configured in the same way in Cisco catalyst 3560 and 3650 multilayer switch vlan interfaces using Cisco Packet Tracer.