Frame Relay is a protocol standard for WAN internetworking which provides a fast and efficient method of transmitting packets through the network. Frame Relay offers an attractive alternative to both dedicated lines and X.25 networks for WAN links. The success of the Frame Relay protocol is based on the following two factors:

Network topology used in this tutorial

A hub and sopke sample network topology is created in Cisco Packet Tracer 7.2.2 : 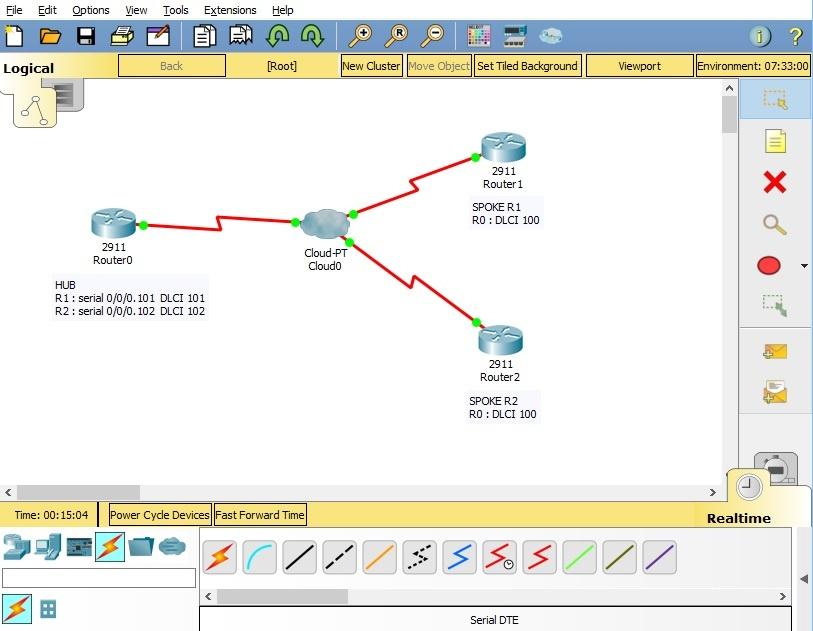 Configure the LMI type and DLCI of virtual circuits on each serial interface of the cloud used for Frame Relay operation. 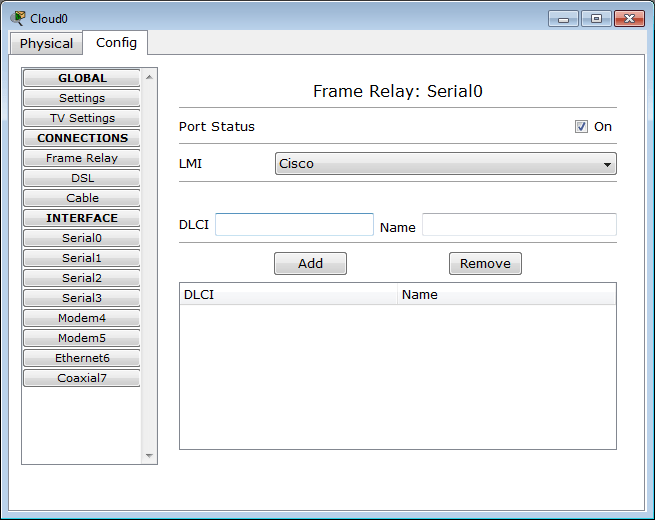 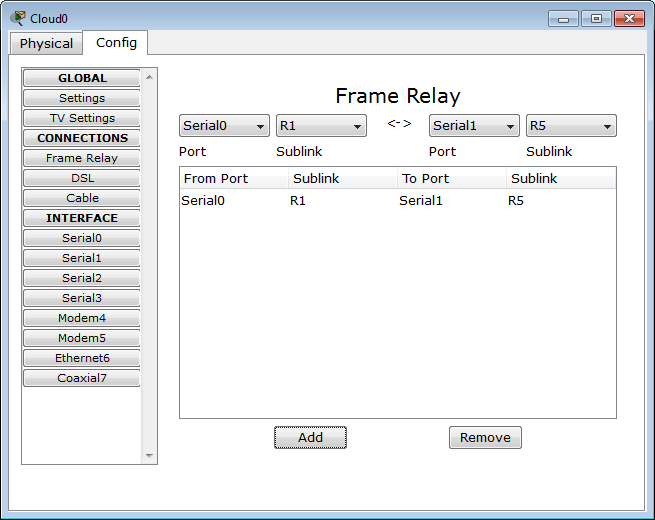 The hub router is configured with two sub-interfaces to create a virtual circuit with each spoke. Each frame relay sub-interface is mapped with the DLCI number of the corresponding circuit configured in the Packet Tracer WAN emulation Cloud. The DLCI number defines a single virtual connection through the WAN and are the Frame Relay equivalent to a hardware address.

The encapsulation frame-relay command is mandatory on the main serial interface before configuring frame-relay sub interfaces.

The clock rate defines the speed on the serial interface

The spoke routers have only one virtual circuit configured to reach the hub router. The DLCI configured on both spoke routers is the same as the DLCI is locally significant between the WAN Cloud and each customer.