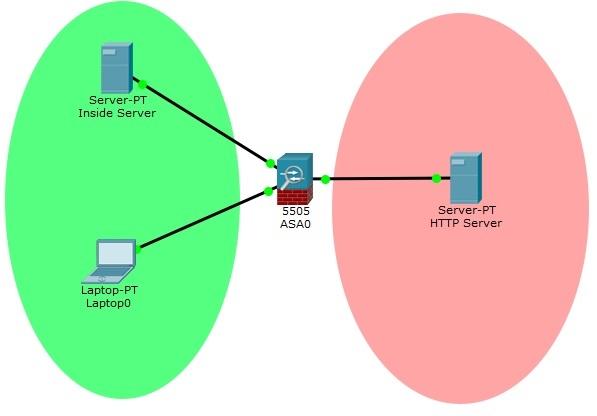 Configure the ASA firewall to allow HTTP traffic from the laptop (inside network) to the HTTP server located on the other side of the firewall. The traffic will be deeply inspected by the firewall to make sure it contains real HTTP instead of rogue traffic.

Interfaces and vlans default configuration is provided below. The default vlan security levels have been manually added in the picture. 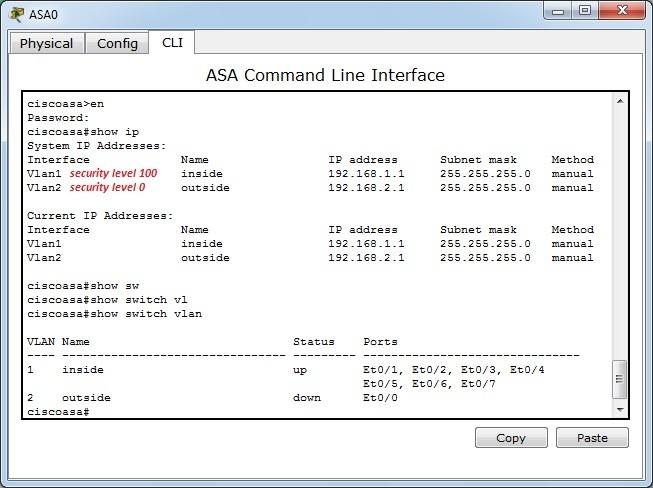 Despite this default behavior, the simulated ASA 5505 available in Packet Tracer 6.1 does not allow the laptop to establish a working TCP connection with the HTTP server located in the outside network. The TCP SYN is allowed to flow from the laptop to the server, but the TCP ACK is blocked by the firewall.

The following configuration has to be applied to the firewall to establish a working TCP session between the laptop and the HTTP server. This configuration uses the Modular Policy Framework available in Cisco PIX/ASA products :