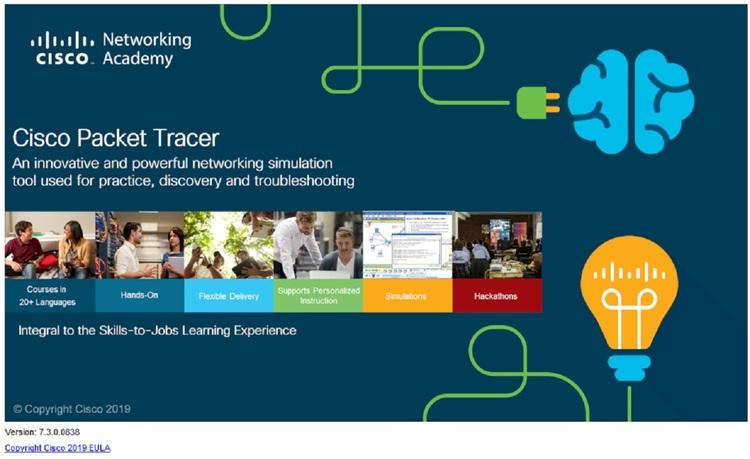 Cisco ISR 4331 and ISR 4321 are emulated in Cisco Packet Tracer 7.3. They feature Cisco IOS image resilience through secure boot-image and secure boot-config commands. The secure boot-image command copies the IOS image in a write-protected flash device not accessible in EXEC mode (It can be viewed in ROMMON mode.) When turned on for the first time, the running image is secured.

Based on DHCP snooping, dynamic ARP inspection (DAI) is a security feature rejecting ARP packets in which advertised MAC address does not match any DHCP snooping entry for the switch port on which the ARP packet has been received. This behaviorpreventsman-in-the-middle attacks, where an unfriendly station intercepts traffic for other stations by poisoning the ARP caches of its unsuspecting neighbors.

As Packet Tracer is now distributed as a Debian .deb package, it can be installed using the dpkg command as any standard Ubuntu package.