Packet Tracer 6.1.1 is fully supported on Windows 7 and Windows 8 or 8.1. Support for Windows Vista has been stopped by Cisco in this new version.

Cisco Packet Tracer 6.1.1 includes a major capacity improvement with the introduction of  a new Security device class including an ASA 5505 firewall. By default, the Eth0/0 interface is configured in the outside vlan (vlan 2) and the Eth0/1 to Eth0/7 interfaces in the inside vlan (vlan 1).

Another limitation is on the physical interfaces which can only be configured in access mode. The command "switchport mode trunk" documented in the ASA configuration guide has not been implemented on the simulated ASA 5505 in Packet Tracer 6.1 .

IPSEC tunnels and clientless SSL VPN are supported on ASA 5505 but VTI interfaces or GRE tunnels are not available on this firewall. GRE tunnels have to be terminated on an inside ISR edge router. 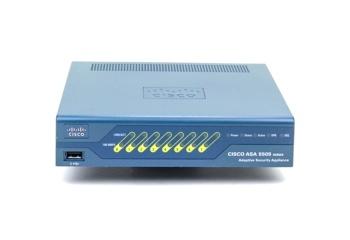 A new IOS 15 c2960-lanbasek9-mz.150-2.SE4.bin image is available for the catalyst 2960 switch. The image is not installed by default on the switch and has to be downloaded from a TFTP server (server end device) using the following procedure :

Netflow is a network analysis protocol that was initially created by Cisco to give the ability to collect network traffic as it flows through a router interface. The data processed by Netflow collectors provides the network administrator with detailled traffic informations such as the source and destination of the traffic, class of service, .... Netflow version 9 was standardized in 2008 as IPFIX by the IETF organization.

The following Netflow components are available in Packet Tracer 6.1.1 :